We’re half way through series 6 so there’s not that many new sets to see but still, each week Mad Men finds new angles and new sets to showcase the characters differences and similarities.
In an earlier post today, I’ve looked at 3 sets that seem to mirror each other and what they say about characters in this season.
I compared the Ginsberg Diner to the Dawn Diner as well as the fancy awards room with last week’s dinner between the Drapers and the swingers.
But wait there’s more…
The Flood is all about how the Mad Men characters react to the murder of Dr Martin Luther King. I’ve learned from the study of phenomenology (thanks Marc) that you can’t really divorce yourself and your experiences from how you view life’s rollercoaster. Each character reflected on the event from their perspective and tried to – particularly around the African-American characters – sympathise.

All very nice but hey, I’m here to talk about stuff… so here we go…

Gorgeous shots of the SCDP offices bely the heavy discussion between Pete & Harry. So much going on here style-wise. Firstly the lovely mirroring of the retro colour palette of grey/blue, green, orange and yellow between the 2 offices is subtle and practical. Small differences in tone and shade add more depth to the sets.
Note the secretaries sit in the same layout – green chair, desk and matching lamps. If only today’s dull office cubicles had even a fraction of the colour found in these photos!
Even the blue/green art on Harry’s orange wall mirrors Pete’s orange art on a blue wall. The umbrella stand in both photos was featured in last week’s post.

The art on Bert’s secretaries office has all the colours of the palette but the yellow is really vibrant. The art is reflecting the conflict between Pete & Harry. Maybe it started out less angry but like the secretary, it’s seen many confrontations over time. In the top shot the framing shows her as the invisible line between the 2 men. Note she’s wearing a soft baby pink – so bland she doesn’t matter.
Her chair is orange but the same style as the other secretaries. Note the lovely glass ornaments on her desk. Most women had a couple of these – even Peggy. Peggy’s office has a cream chair, orange couch, blue wall and yellow/green print. Despite leaving SCDP, the aesthetic remains. 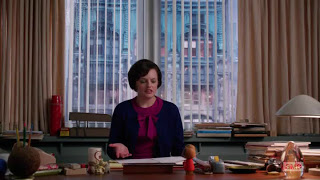 Peggy’s place has never been seen in the light before. Normally she’s not home until way after the sun goes down so it’s an opportunity to see how it looks – the textiles in the couch, details in the furniture. Overall though its still full of old pieces and zero design thought.
However, the ep starts with Peggy considering buying an empty flat. It’s an opportunity for a ‘grown up’ aesthetic  What to do? We’ve all been there. White walls, no window dressing, meh view but come on – look at that parquetry floor!

Add a couple of Egyptian prints

A few glass genie bottles in blue and green (oh and a TV – featured prominently in almost every scene this week). 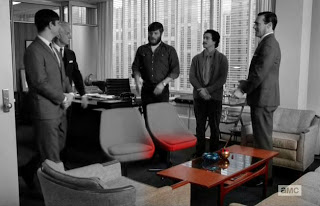 A simple, sleek coffee table with curved details and a glass inlay with a couple of simple glass ornaments grouped in 3. 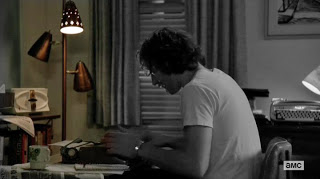 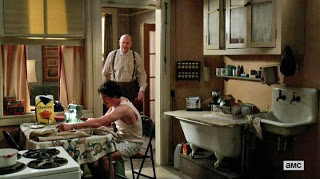 Or, you can live in the place for 30 years and just keep filling it with everything you need and lots of stuff you don’t. Clutter is definitely the default look of NYC.

This week is a high water mark for the evolved legislators of New Zealand. They’ve leagalised marriage for same-sex couples.

The Greenhearts girls WHOLEHEARTILY support marriage equality for everyone in Australia and around the world.

We hope that Australian politicians will follow New Zealand’s lead in this as we have in carbon trading.

They are a clearly enlightened bunch over there and I’m proud to know a few kiwis!

Any Aussies or kiwis with a love of sustainability as well as eachother are welcome at greenhearts.com.au.